Steve Fernandez and Mark Karney are Certified Family Law Specialists* with over 50 years of combined experience.

Joanna Knee, Esq. is an Associate Attorney at Fernandez & Karney, APLC. Prior to joining the firm, Ms. Knee had a very unique and diverse set of work experience.

Ms. Knee graduated from Pepperdine University School of Law in May 2016 with a certificate in Alternative Dispute Resolution. She was a member of the inaugural year of the Restoration and Justice Clinic, where she staffed the Santa Monica Domestic Violence Clinic and represented clients in their domestic violence restraining order hearings.

Ms. Knee also worked at the Union Rescue Mission on Skid Row, where she helped the low-income and homeless population get back on their feet by assisting in expungements, visa renewals, and applying for public assistance. She also studied abroad with Pepperdine in London, where she competed in a Moot Court competition at Inner Temple and was commended for having the best argument of the night.

After graduation, Ms. Knee was selected to be the Nootbar Fellow and represent Pepperdine in Kampala, Uganda. As the fellow, Ms. Knee was there as an ambassador to uphold the Memorandum of Understanding between Pepperdine School of Law and the Judiciary of Uganda. Her day job was mediating family law cases (divorce and estate cases) in the High Court, Family Division.

As mediation and the concept of divorce were new to Uganda, it was her job to convince attorneys, judges, and litigants that mediation can be one of the most effective ways to settle a family law case where tensions can run high. She was also instrumental in putting together multiple trainings and conferences, and also participated in a week long plea bargaining session in the southwestern prisons, where she acted as a defense attorney and plead directly with the state to allow prisoners that had been on remand for years to plead guilty and begin serving their time.

After returning from Uganda, Ms. Knee managed the Torrance Self-Help Center, where she oversaw all of the volunteers and staff to help self-represented litigants obtain judgments in paternity, dissolution, and restraining order cases.

Ms. Knee graduated from Northern Arizona University in 2012 with a BS in History and a minor in Criminology and Criminal Justice.

Certificate in Alternative Dispute Resolution, May 2016
State Bar of California, December 2016
Bar of the District of Columbia, February 2018″ 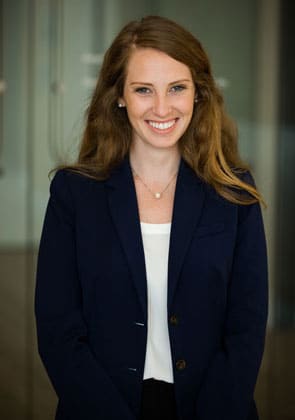