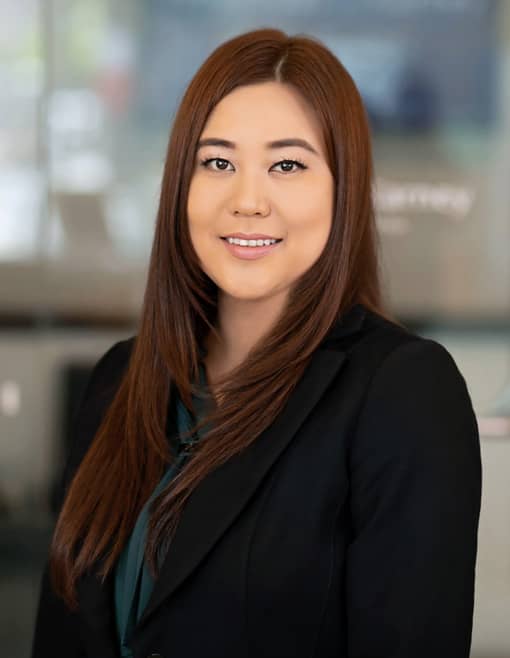 Jean Young Kim, Esq., is a Partner at Fernandez & Karney, APLC.  Prior to joining the firm, Ms. Kim clerked for the California Sixth District Court of Appeal, the Santa Clara County Hall of Justice, and for the Santa Clara County Juvenile Dependency Court. She also worked for the Union Rescue Mission Legal Aid Clinic and interned at the Los Angeles County District Attorney’s Office.

Ms. Kim graduated cum laude a semester early from Pepperdine University School of Law in December of 2014.  She placed on the Dean’s Honor List, and along with her Juris Doctorate, she earned a Certificate in Dispute Resolution. Ms. Kim was a Pepperdine Law Review staff member. She completed the first year of her legal education at Santa Clara Law, where she participated in the Galloway Moot Court Competition. During her studies, Ms. Kim received numerous awards, for example the Witkin Award for Excellence, as well as several CALI Excellence for the Future Awards accorded for the highest score in class.  She was admitted to the State Bar of California in June of 2015.

Ms. Kim holds a dual BA in psychology and in business economics from UC Santa Barbara. She completed her undergraduate studies in mere three years, while also maintaining an active membership in the CPA Law Society and National Society of Collegiate Scholars. Ms. Kim is conversationally fluent in Korean.

Our essential business is open during the pandemic X Close