Steve Fernandez and Mark Karney are Certified Family Law Specialists* with over 50 years of combined experience.

Stephen H. McCall is an Associate Attorney at Fernandez & Karney, APLC. Prior to joining the firm, Mr. McCall worked in the field of higher education at the University of Southern California.

Mr. McCall graduated from Loyola Law School in May 2015 where he focused on marital property, trial skills, and dispute resolution. He interned at The Center For Conflict Resolution where he received mediation and conciliation training to assist parties in resolving disputes without the necessity of formal judicial proceedings. 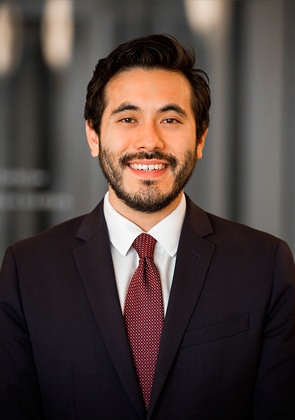